Land of the Summer People

An event every week that begins at 09:00 on Friday, repeating until 2nd September 2022

An event every week that begins at 09:00 on Saturday, repeating until 3rd September 2022

An event every week that begins at 09:00 on Wednesday, repeating until 31st August 2022

An event every week that begins at 09:00 on Thursday, repeating until 1st September 2022 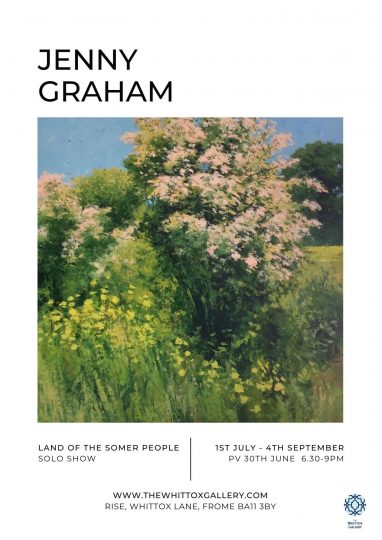 Jenny Graham studied both at the Cooper Union School of Art in New York City and at the University of the West of  England in Bristol where, in 1997 she received an MA in Multi-disciplinary Printmaking. After several years working as a graphic designer both in the US and the UK she moved to Somerset and began her life as a fine artist.

Graham’s work is informed by both American and British Painters and considers her practice to be part of the continuing tradition of British landscape painting. Initially working  on-site she makes quick sketches, photographs and notations.  In her studio, she combines this information with her emotional and visual recollection of the place. Her latest paintings employ oil and cold wax to achieve textural variety, building up layer upon layer of colour, adding and subtracting paint until the final image emerges from repeated exploration of her subject. This slow and contemplative process results in paintings of subtlety and variation. In this exhibition she has also returned to her roots as a watercolourist and is showing a series of highly representational paintings of Somerset.

Please use the contact details below for more information or to book classes or events.
+ Google Calendar+ Add to iCalendar